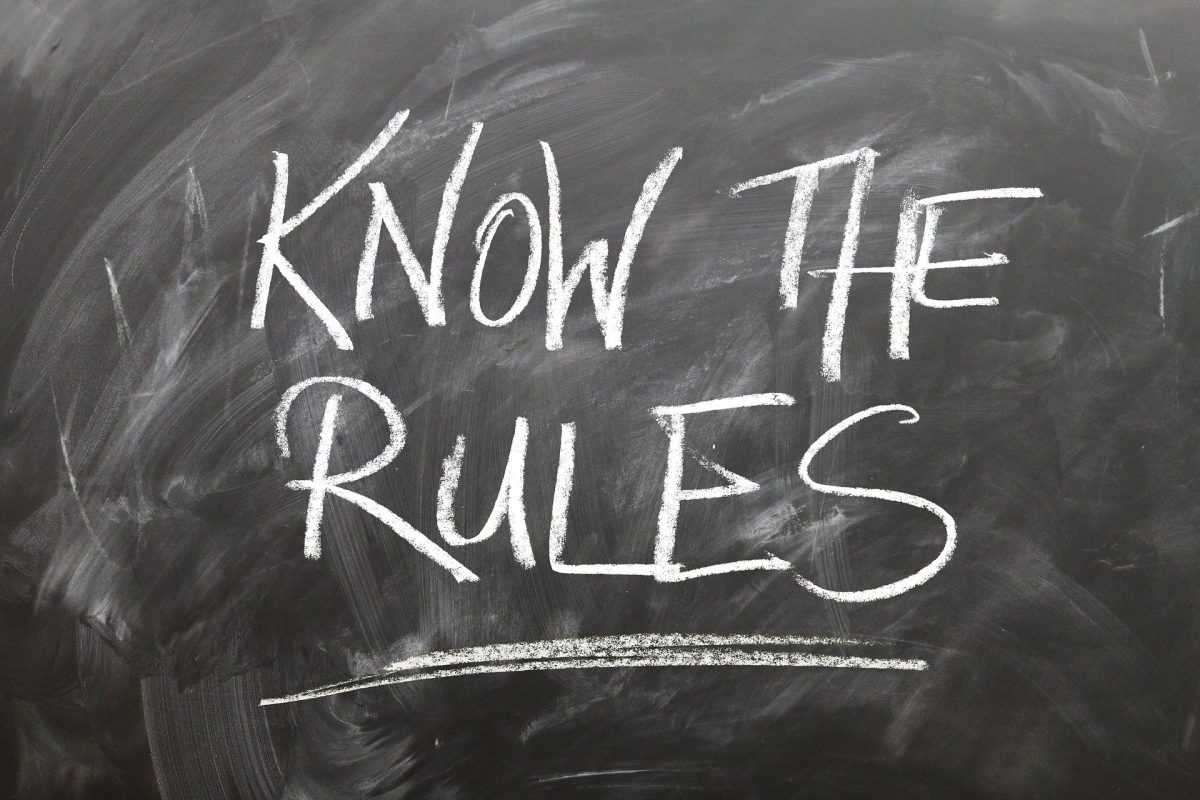 Vaping is so exciting. We get it, really we do. Like all things that we discover that we love, we want to shout about it from the rooftops. This is understandable. The thing is, when it comes to etiquette there are vaping ground rules around talking about vaping and vaping itself that really should be followed.

If you are part of the vaping community you already know that there are many excellent benefits to having chosen to switch from cigarettes to e cigarettes. Financially vapers tend to be better off, for one. In addition to this, Public Health England has announced that vaping is at least 95% less harmful than vaping. That’s some seriously good PR and good news for e liquid fans.

Vaping offers more choice. Lots of choices. It is the perfect option for those looking to walk away from smoking yet still enjoy a fun and satisfying hobby. Everyone can be appreciative of the many benefits of vaping, as long as everyone adheres to the unwritten (and sometimes written vaping ground rules.

We understand. When you discover vaping you want to shout from the rooftops about all of its virtues. You want to show off your e cigarette’s many virtues and you want to tell everyone that vaping is the best. We agree but there is such a thing as too much of a good thing or there can be if someone is talking about it constantly.

If you are super-excited about your new hobby listen to the golden vaping ground rules and channel your enthusiasm into a blog, a podcast or YouTube channel. Have some fun but don’t be that person who constantly goes on about it to everyone who will listen or isn’t quick enough to get away.

Don’t Be THAT Ex-Smoker

Being overly enthusiastic about vaping (see above) can be annoying at best. What is worse is being that ex-smoker who instead of saying how fab vaping is spends his or her time telling smokers that they are doing the wrong thing. We all know that smoking has its many downsides but although you might be telling everyone about the nasties in tobacco cigarettes for their own good, no-one wants to hear it.

Anyone wanting to move away from smoking, either quitting altogether or switching to e cigs will do so in their own time. There are plenty of people who are better placed to pass on anti-smoking information, for example, GPs, other health professionals and Public Health England via their public health campaigns and events such as Stoptober.

Don’t be that vaper who appears smug because they can say how much better vaping is and how bad smoking is. That doesn’t do anything for building a positive impression of the vaping community. We, as a collective, want people to move over to vaping in their own time because they want to try it and enjoy the many benefits, not because they have been browbeaten into it. Smokers know smoking is bad for them but quitting isn’t easy.

Smoking indoors in public places was banned as part of the Go Smoke Free legislation that went live in 2007. This legislation banned smoking on public transport, in cafes, pubs, bars etc and in all public buildings including stadiums, railways stations and the like. One of the main motivations for this change is that evidence now exists which proves that passive smoking is as harmful to non-smokers as smoking can be for smokers. It is because of this that there have been additional restrictions put in place which now makes it illegal to smoke in any vehicle with a minor present.

Why is this relevant to vaping and vaping ground rules? Most people are aware of the rules about smoking in public and the harm that second-hand smoke can do. There are many assumptions still about the safety of the vapour that e cigarettes produce after e liquids are heated up in an e cigarette. Tests have shown that vapour causes no passive-vaping harm whatsoever. That said, individuals still don’t necessarily want to be surrounded by vapour and that’s fair enough, whether they think that it is harmful or not. In fairness, even vapers don’t want to be engulfed by someone else’s vapour when sat indoors. It’s just not polite. Those who enjoy high VG e liquids and sub ohm vaping often produce billowing clouds of pleasantly scented vapour and to be honest, that’s just rude when indoors. Don’t do it.

Vape cloud displays are cool, especially when you’ve nailed the latest trick involving a unicorn and vapour horn. It isn’t cool when you are in a queue outside the post office. We’ve established that indoor vaping is a no-no, especially when you’re something of a cloud chaser. While public vaping is not banned in the same way as public smoking is, vaping ground rules still insist that vapers try and be considerate of others around them. The same applies to those who vape walking down the street. Don’t blow vapour across the path onto others or anywhere near children. That’s just good manners above all else.

Be Safety Savvy Or Ruin It For Everyone

One of the most important vaping ground rules is to be safe. While vaping is considered by many to be safer than smoking (ask the London Fire Brigade who have made it very clear that after seeing a vast number of smoking-related fires and deaths that they far prefer vaping) you still need to be sensible. For example, make sure that you keep your nicotine-containing products somewhere well out of the reach of even the most adventurous children and pets. Ingested nicotine can make someone incredibly poorly and is especially dangerous to those more vulnerable, i.e children. A lockable box for your items is never a bad idea.

To extend the safe storage aspect of vaping please make sure that you store your lithium batteries safely. When you hear of people’s pockets making a big bang, this has occurred in the past because of loose batteries being allowed to roll around freely in there alongside coins, keys and all sorts. Batteries are powerful and should be stored and carried safely. Likewise, please ensure that you switch your e cigarette to the locked position when putting it in your bag or pocket and use your device only as recommended by the manufacturer.

Vaping Ground Rules: No Vaping on a Plane

The information above regarding smoking in a confined space, in a queue and around others is more about courtesy and projecting a positive image of vaping than it is about legislation. Vaping on a plane, however, is a different matter. All airlines have different rules and regulations about what may and may not be carried onboard but generally, are ok with e cigarettes being in hand luggage. Do check before flying though. They do not, under any circumstances, allow vaping on their aeroplanes. Anyone doing this will find themselves in a lot of trouble and may cause delays to other passengers. Things like this give vapers and vaping a bad name.

Considering that vaping is supposed to be the fun alternative to smoking, there seem to be a lot of rules, doesn’t there? Some of these are there to promote good, safe and enjoyable vaping and others are for courtesy-sake. Smoking has a bad reputation, especially since the Go Smoke Free legislation went live. You don’t see as many people smoking in public these days and everyone knows the dangers of smoking. This is good news.

What the vaping community is aware of though is that vaping is still relatively new. People are quick to make up their mind about something being negative and slow to trust. The tides are certainly changing, with more and more people switching to vaping. If vapers stick to these vaping ground rules they promote a positive and considerate impression of vapers. This is important for many reasons. For one, no-one wants to see vaping legislation being introduced which stifles access to e cigarettes.

Secondly, the more people that view vaping as the positive alternative to smoking that it is, the more will switch over. This is so important because all those who switch and stop smoking will rid themselves of a very harmful habit. Given that WHO (the World Health Organisation) are very clear on the fact that smoking can cause premature death, this is important.

So, to sum up; be courteous, safe and enjoy your favourite e liquid flavours while portraying a positive impression of vaping which might actually encourage people to quit smoking.